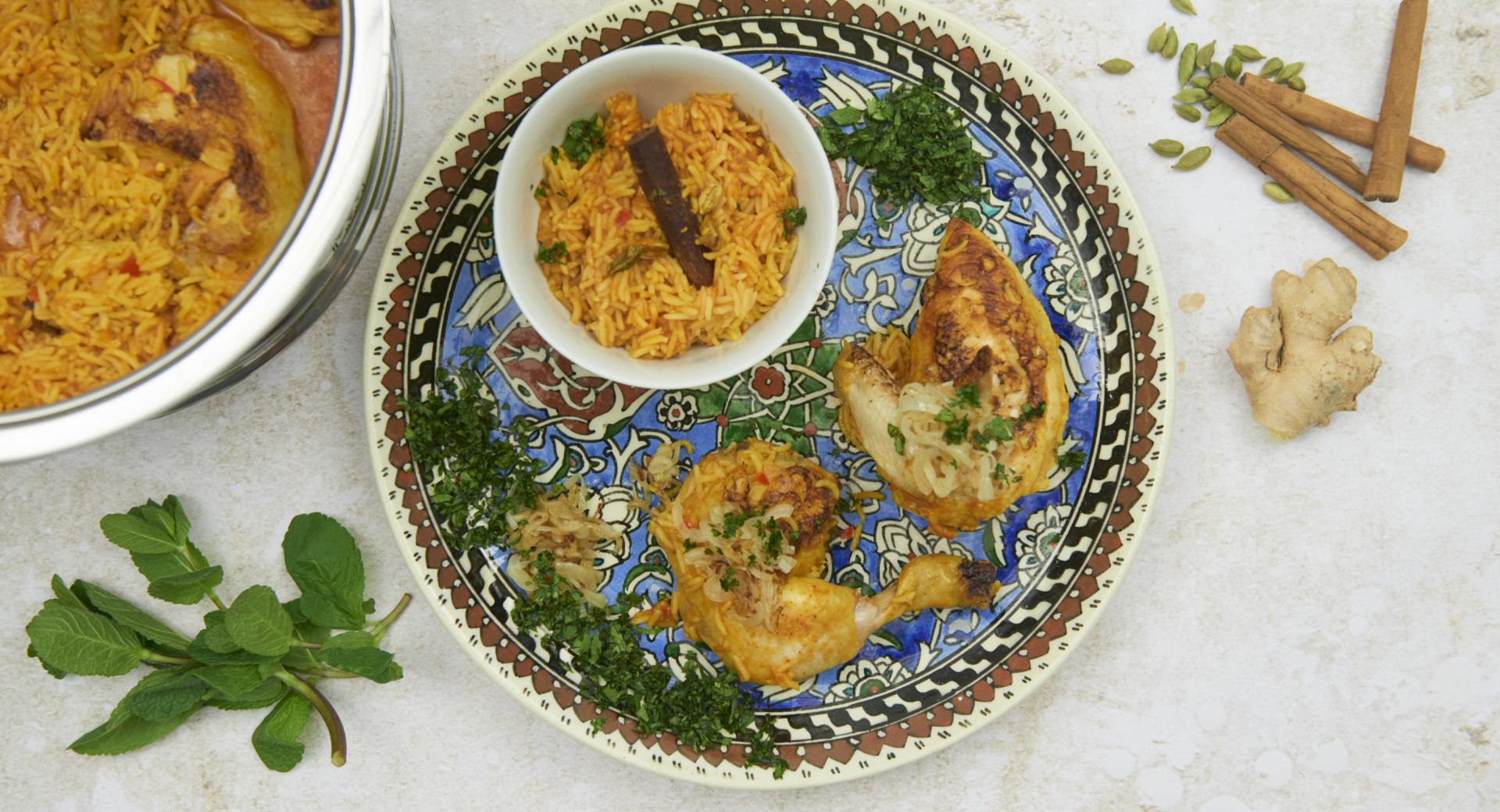 1. Divide the chicken into eight pieces using poultry shears. Peel the onions and clean the chili peppers. Finely cut one onion and both chili peppers.

3. Add the onion and chili pepper mix and roast until both are pale brown.

4. Add the ginger and garlic paste and all the ingredients up to and including the water, mix well, cover with the Secuquick softline and close the lid.

5. Heat the pot on highest level until the turbo window is reached, switch to a low level and cook for approx. 2 minutes in the turbo area. At the end of cooking time, put the pot in the inverted lid, allow it to depressurize by itself and remove Secuquick.

6. Meanwhile, cut the rest of the onions into rings and add to the pan with the ghee. Heat the pan on highest level up to the roasting window, switch to a low level and roast until the onions are pale brown.

7. Finely chop the coriander and mint. Season the chicken pilaf to taste and serve with herbs and onions. 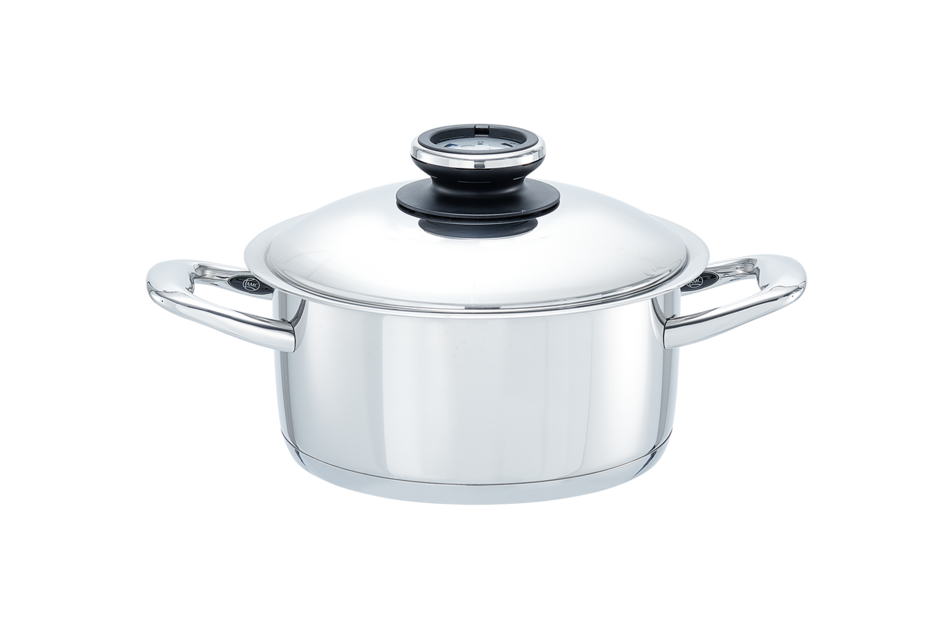 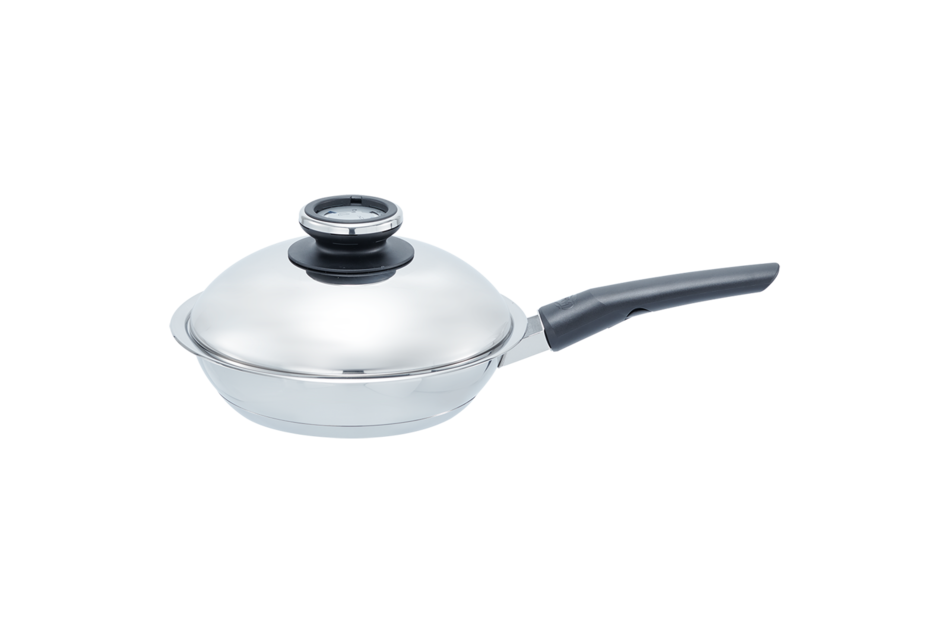 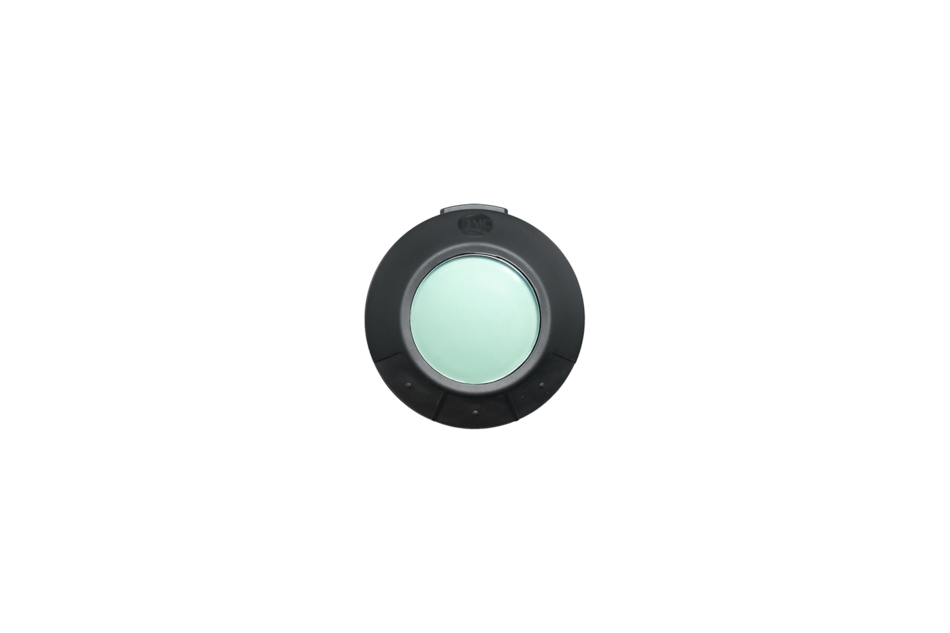 Bean stew with chicken and pears