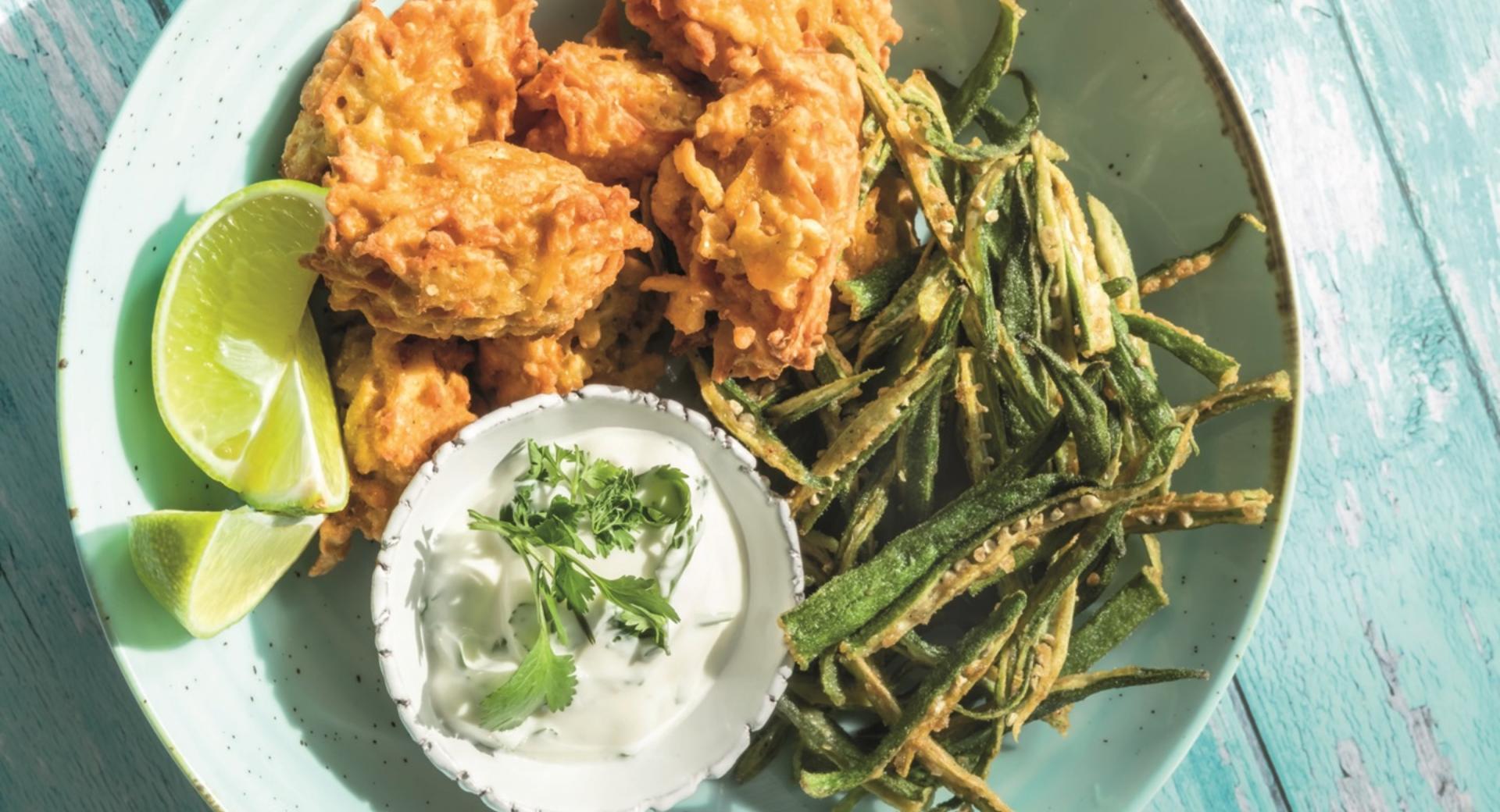 1. Clean okra, cut off the stalk, cut okra lengthwise into quarters. Mix with AMC Exotica and garam masala in a bowl. Add chickpea flour on top and mix everything again thoroughly.

2. Peel and grate carrots and parsnips. Knead with salt and mix with eggs and chickpea flour, season with cumin, AMC Exotica and coriander.

3. Put oil in the HotPan, place on the Navigenio and set at level 6. Switch on Audiotherm, fit it on Visiotherm and turn it until the roasting symbol appears.

4. Season okra with a little salt and then mix thoroughly again.

5. As soon as the Audiotherm beeps on reaching the roasting window, set at level 3, initially place portions of the okra in the hot oil.

6. Place the lid on the HotPan, deep-fry until the turning point is reached at 90 °C. Remove lid, turn and deep-fry to finish until they are golden brown. Remove and leave to dry on kitchen towel.

7. Then deep-fry the bhajis; using two teaspoons place small portions in the hot oil, put lid on and deep-fry until the turning point is reached at 90 °C. Remove lid, turn, deep-fry to finish until they are golden brown.

8. Remove and leave to dry on kitchen paper. If necessary, slightly raise the level of the Navigenio.